Elevate Teachers, Inc. is a 501(c)(3) non-profit advocacy organization devoted to improving the status and well-being of teachers in our society. We will do this by helping the public to better understand some of the reasons for the drop in teacher satisfaction.

We are private citizens, parents, and voters that believe teachers are public servants who deserve our support and respect. We believe teachers are what works in our education. We have chosen our system of education; teachers have to work within it. There are many reasons that schools struggle and few, if any, have to do with teachers.

We believe that teachers need our support and encouragement. We strive daily to demonstrate that being a teacher is an honorable career choice and we engage in activities to honor and thank our teachers throughout the year. 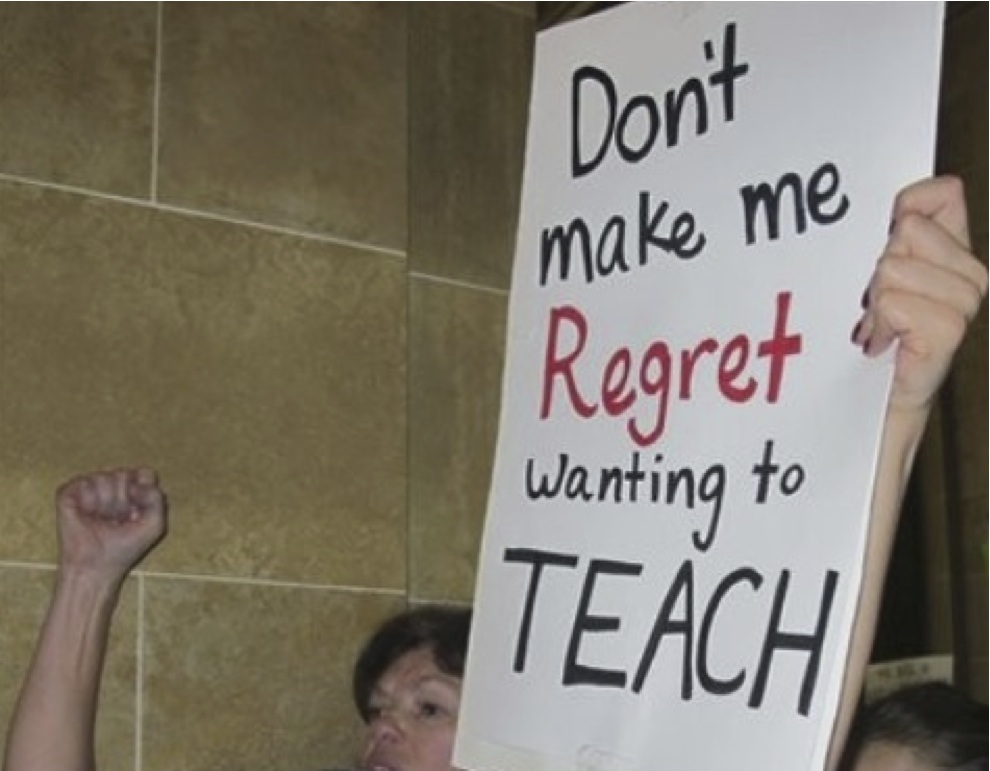 The challenges teachers face in today’s public education system are creating an unmitigated teacher crisis.  From a lack of respect from the public (often fueled by the media) to a lack of support from their schools, teachers in American schools have become some of the least appreciated and least empowered professionals in the country.

Issues faced by teachers today include the following.

1.     Lack of respect from disruptive students, as illustrated by student indifference, profane outbursts, and other demeaning acts.

3.     Blame for the low school grades, when in fact, there are no consequences for the students if they choose to remain indifferent.

5.    Physical assault by students, adding a new peril to the growing teacher crisis.

7. Low teacher satisfaction.  Renowned author and teacher of literacy Nancie Atwell recently won the first annual $1 million Global Teacher Prize awarded by the Varkey Foundation. When she was asked by CNN whether she would advise others to become a public school teacher, she responded that she would not.

8. High stress + low enthusiasm.  Recent surveys have found teachers unenthusiastic about their profession, with most teachers very hesitant to recommend a career in the public education system.

The factor that transformed Elevate Teachers from an idea into a movement was the substantial reduction in teacher education programs enrollment. It is my belief that reduced interest in teaching is, in part, a result of the declining status of teachers in our society. I believe that if we want to reverse the impending teacher shortage, we must educate ourselves and support our educators by elevating teachers to their rightful status in society.